Hey everyone! Hope all is well with each and every one of you.

It seems like I haven’t done a wash day post in foreverrrrr. Since I last updated about my hair I had ended up flat ironing it out of shear desperation. My hair wasn’t anything special during this time, which is why there aren’t many pictures of it. For the first couple of days I just had it in a bun, but then I noticed myself constantly re-doing and taking down the bun unnecessarily. (Which ended up causing mad tangles near my roots.) Towards the end of the second week I was about done with all the breakage and tangles so I put my hair into 6 sections, two strand twisted those and flat twisted the front. I theennn took the loose two strand twists and two strand twisted thoooseee into two – two strand twisted pony tails. (Whew! That was a lot of two’s and to’s lol) I used coconut oil and castor oil on the length and ends of my hair. ( castor oil on my scalp makes it itch like crazy o.o ) 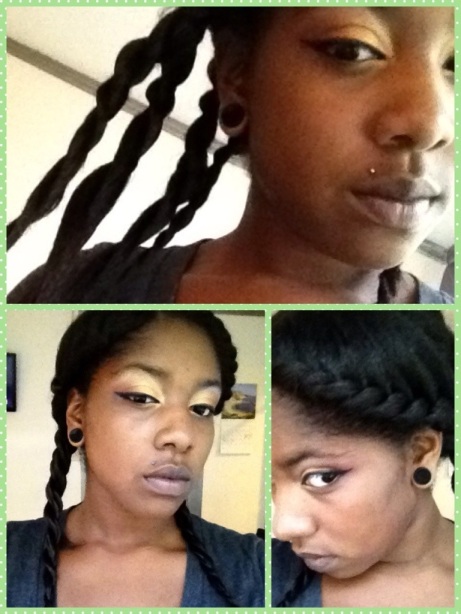 This wash day I was due for another protein treatment so I did that, plus a coconut milk dc. I did a post about the Coconut Hot Oil Treatment (read it here) and for those of you who read it, you know how hard it was for me working with a whole coconut. Even though it was really hard to extract the meat, then milk- -pretty much it was hard doing everything with it, I really liked the way it made my hair feel. This time around I decided to just save myself the sore hands and trouble and just pick up a can.

I went to my local Von’s and picked up a can of Thai Kitchen organic coconut milk. It was around $3 and some change but my total was like 7$ since I grabbed two. -_- Being awesome ass me, I ended up grabbing one regular full fat can and a “lite” can. The lite version has less than half the fat than regular which es no bueno since the fats are what help make your hair soft. I think I’m just going to cook with the lite can, I have an epic coconut shrimp scampi recipe in mind…

ANYWAY. As was day continued, I started the process by once again detangling, my then flat ironed hair, in preparation for the protein treatment. I thought since my hair was already in a straightened state it would make applying the Aphogee easier. In doing this I forgot it’s recommended to wash your hair first before you do a protein treatment with the Aphogee damaged hair shampoo. #WhoopsOhwell #ThugLife. I did the treatment anyway and kinda paid the price. I say it was like 75% effective this time instead of its usual 80-90% range, but hey now I know.

Washing it out was a b-word. When I do a PT, my hair can’t be up in sections when it drys so I had to wash it loose.

OHMYGAWD I HAD TO WASH IT LOOSE Y’ALL!!!

I tried my best to find the sections I put in during detangling and did ok, but my hair was so rough and felt matted =_____= I grabbed some conditioner and my tangle teezer and made the best of it. I figured the coconut milk treatment would soften it back up but no. I let my hair dry a bit before I applied the coconut milk mask. (which had honey, olive oil, and coconut oil in it) The milk after heating on the stove became slightly thicker and felt reeeeeeaaaallllllyy creamy. I added the oil while it was heating up and the honey after I put it into a bowl. ( I read somewhere honey becomes volatile when cooked so its best to add after all heating is done…idk.)

I started applying it to each section as I normally would do and got to the second braid on the left side of my head before I thought to myself, ” man, this sure is messy…let me just wash my hands-” and right at the moment I turn the faucet on I knock my bowl of precious, creamy, milky goodness into the sink. I watch in horror as water fills my bowl. Three seconds…three seconds was all it took. Creamy awesomeness, ruined. -_____- I didn’t want to waste it so I continued to use the watery caca. Let me just say now, I shouldn’t have. It sucked.

Luckily I still had half a can left that I had put in the freezer so I just ran downstairs and whipped up some more. After that incident I managed to finish up but not before almost doing it again. O.O lol. I let it sit for about an hour while intermittently using the blow dryer to add heat. Washing it out I didn’t really feel thaaaaaat much of a difference. instantly alarmed I started thinking how could this be, but then I look and what do I see, a little pink bottle. A little forgotten pink bottle staring back up at me, “Balancing Conditioner”. Me being awesome again, had freggin forgot to use the gawddamned balancing conditioner after I did the PT !!!! No wonder my hair felt like crap! I go into super fix it mode and start slathering huge amounts of conditioner onto each section before teezing it. That immediately fixed it and I was back to super soft hydrated hair again.

I guess I was a little rusty from not doing my hair for so long lol. Now I am going into strict protective style mode, one for every two weeks, to try and recover from all the broken hairs and retain more length.

Sigh, I’ve been fuhkin up lol. 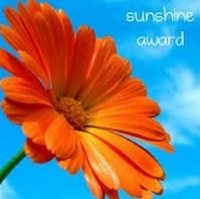